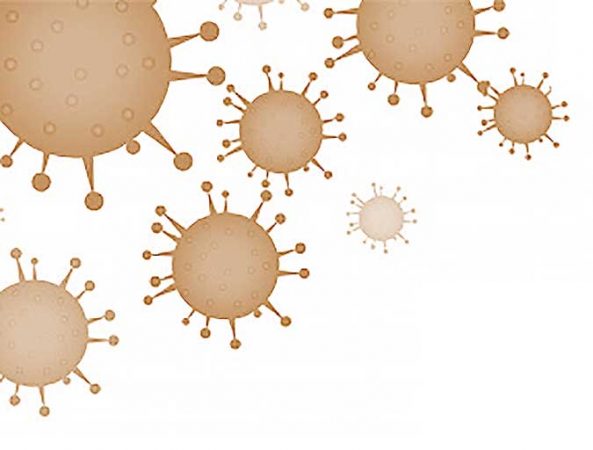 THE LESSONS that people draw from the COVID-19 pandemic will depend on how they answer this question: Is this health emergency a black swan, or, is it the elephant in the room?

“A black swan” is defined as an unpredictable or unforeseen event, typically one with extreme consequences. “The elephant in the room” refers to an obvious problem or difficult situation that people do not want to talk about.

At first glance, COVID-19 certainly does look like a black swan.

GLOBAL PANDEMIC
What started out as an obscure outbreak in the wholesale food market in Wuhan, China in late 2019 escalated into a full-blown pandemic that quickly circumnavigated the globe. As of early November 2020, the number of COVID-19 infections reached nearly 50 million with over 1.2 million deaths, according to the World Health Organization (WHO).

This novel coronavirus is well designed to do this. The contagion is airborne and people who get it are infectious even though they are asymptomatic, or, pre-symptomatic. So, they spread the virus without knowing it. In a world where the global airline industry carried over 4.5 billion people in 2019, the virus scattered at jet speed.

So, in the first half of 2020, country after country imposed strict quarantines, kept people at home and brought large parts of their economies to a grinding halt.

According to the World Bank, the pandemic will plunge most countries into recession in 2020, with per capita income shrinking in more countries since 1870. Advanced economies will decline 7% while developing economies will contract by 2.5% — the weakest showing by this group of economies in at least 60 years.

In the Philippines, the government imposed in mid-March one of the longest-running lockdowns in the world. As a result, the economy is expected to contract by 7.3% in 2020, according to the September 2020 report of the Asian Development Bank — a steeper fall than the ADB’s June forecast of a 3.8% decline.

The world has seen epidemics come and go before — but not at this speed and on this scale in its impact on public health and the global economy. So, COVID-19 must be a black swan.

Or, is it? Was this really an unpredictable event?

HANDWRITING ON THE WALL
Some experts and public health advocates say the handwriting has been on the wall for some time. After all, the 21st century started with a taste of what was to come.

In November 2002, SARS — the precursor of COVID-19 — appeared in Guangdong, China and over the next nine months spread to 26 countries, including the Philippines. The SARS virus, which is said to have come from bats, was not as infectious as COVID-19 — but it was more lethal. Health authorities tallied only 8,000 cases worldwide, but the mortality rate was about 10%. The Philippines had 14 cases with two deaths.

SARS gave health authorities a scare. That’s because flu-like diseases have been spreading for decades — often as a result of viruses from wild animals like bats and monkeys infecting humans who keep invading their habitats and taking them for food.

BIRD FLU
A case in point is Avian influenza or bird flu which had 11 outbreaks in 50 countries between 1996 and 2008, according to one estimate. The 1996 outbreak started (again) in Guangdong, China where geese were found to be infected with a highly pathogenic virus tagged as H5N1.

In 1997, the virus was detected in people in Hong Kong. Fortunately, the bird flu virus does not easily infect people. Since 2003, the WHO has tallied only about 700 cases of human infection in Asia, Africa, the Pacific, Europe, and the Middle East. Most human infections occurred after prolonged, close contact with infected birds. And there was no community spread.

SWINE FLU PANDEMIC
That was not the case for the swine flu which emerged in April 2009, not in China, but in California. Tagged (H1N1)pdm09, this was dubbed the swine flu because its genes were a mix that came from H1N1 flu viruses of swine origin. But unlike the African swine flu now infecting pigs in the Philippines, this swine flu infected people. In June 2009, the WHO declared the swine flu outbreak a global pandemic.

A year after the pandemic started, there were about 60.8 million cases and 12,469 deaths in the US due to the swine flu, according to the US Center for Disease Control. Moreover, around 150,000 to 575,000 people worldwide were estimated to have died in the same period.

The Philippines was lucky. From May to September 2009, there were only 28 swine flu deaths in the country, according to the European Center for Disease Prevention and Control.

To put these numbers into perspective, the swine flu death rate was similar to the seasonal flu. What mattered, however, was how far the disease spread. Some studies said that the number of infections — including asymptomatic and mild cases — was anywhere from 700 million to 1.4 billion — or from 11 to 21% of the global population of 6.8 billion at the time.

In short, the swine flu demonstrated that a 21st century pandemic — like the Spanish flu of 1918 — could be genuinely global.

‘WE’RE NOT READY FOR THE NEXT EPIDEMIC’
So, could the COVID-19 pandemic have been predicted? Well, it actually was. Health experts have been saying for years that a global pandemic was waiting to happen. One of those who went on the record was billionaire philanthropist Bill Gates.

In a Ted Talk in March 2015, Gates warned that the greatest risk of a global catastrophe was “not missiles but microbes.” He stressed that “we’re not ready for the next epidemic.”

Gates gave his talk at the tail-end of the 2014-2015 Ebola epidemic in West Africa where over 10,000 people died. He explained that the disease was contained by the heroic efforts of health workers and by a bit of good luck: Ebola was not airborne. Also, by the time those infected became contagious, they were bed-ridden and could not readily spread the disease.

Gates warned that the world may not be so lucky next time.

“You can have a virus where people feel well enough while they’re infectious that they may get on a plane or they go to a market… So, there are things that would literally make things a thousand times worse,” he said.

Gates urged the global community to get together and prepare for the next pandemic. This can be done by strengthening the healthcare systems in poor countries, by building up a medical reserve corps supported by the military, conducting simulations — germ games instead of war games — and stepping up R&D for vaccines and diagnostics.

Gates said he didn’t have a budget for these measures, but added prophetically that it would be “quite modest compared to the potential harm.”

So, in hindsight, COVID-19 wasn’t a black swan. It was the elephant in the room.

WHAT TO DO WITH THE ELEPHANT?
What could the Philippines have been done to better deal with the big fellow? In line with Gate’s recommendations, one part of the solution is “Get Organized.” Set up the right organization to constantly monitor and prepare for pandemics. A good example is Taiwan.

So close to mainland China, the Taiwanese were traumatized by the SARS outbreak in 2003. In response, the Taiwan government established in 2004 the National Health Command Center (NHCC). This is not a task force, but a permanent office manned by trained professionals. The NHCC is part of a disaster management center that focuses on large disease outbreak response and acts as the operational command point for central, regional, and local authorities.

So, on Dec. 31, 2019, when the WHO was notified that there was an outbreak of pneumonia of unknown cause in Wuhan, the Taiwanese authorities responded immediately. Officials began to board planes and assess passengers on direct flights from Wuhan for fever and pneumonia symptoms before passengers could disembark. That started a series of measures orchestrated by the NHCC that have since enabled Taiwan to keep COVID-19 largely at bay — without imposing prolonged lockdowns.

ANOTHER ELEPHANT
The Philippines should consider setting up a similar full-time professional pandemic preparedness organization. Because the elephant is still around. Health experts warn that there will be more pandemics to come. Particularly because people continue to invade the habitats of wildlife for food. And also because powerful forces like climate change are destroying the natural habitats of wildlife and pushing them closer to people.

Speaking of climate change, the warning signs of that threat have been mounting: the massive forest fires in Australia and the United States, the melting ice in the North and South Poles, the rising sea levels, the disappearing coral reefs in Australia, the droughts and the floods, and, the more powerful typhoons and hurricanes in various parts of the world. Like the Philippines, which was just ravaged by Typhoon Rolly, the world’s most powerful storm thus far this year.

Mon Isberto was till last week the public affairs head of PLDT and Smart.  Prior to that, he was a reporter for Business Day and The Financial Post. Mr. Isberto also served as the Manila correspondent of InterPress Service and was a talk show host of GMA Network.